Working as an aide at an elementary school, I hear many stories about the students’ extra-curricular activities and receive many inquiries about my own children. Having two teen daughters and a teen son, our family has participated in many different activities and sports over the years. I often share my experiences with hauling three kids to various activities, affording it all and making time for everything but the one sport we have been involved in the longest is gymnastics. Usually, the response is, “Which of your daughters is a gymnast?” And my response is, “My son is the gymnast!”

People are usually taken aback by the fact that it is my son that is the gymnast. He began gymnastics when he was five years old and is now fifteen, competing at a high level. When he began gymnastics, he didn’t know whether it was cool or not cool, just that he loved it. By the time he was seven, he was hearing from other kids that gymnastics was a girls’ sport. But when they would say that, he would just awe them with his ability to walk on his hands. Soon he was known for his gymnastics abilities and those kids that thought it was weird now thought it was cool. He was asked to perform at talent shows, turned gymnastics skills into dance moves, and added a bit of pizazz in the school plays.
When did we decide gymnastics was a girls’ sport?
Many parents have said that they have always thought of gymnastics as a girls’ sport and never thought about putting their sons in gymnastics. Or they say they have taken a parent-tot class but are have not entertained the idea of having their school age son take a gymnastics class. The stigma is out there that male gymnasts are not manly. But let’s take a moment to reflect – Have you ever watched the Olympics and thought, “Wow, that guy that just did the iron cross on the rings must be a wimp!” What type of athletes can you think of that are more muscular than gymnasts?
My son played other sports, such as, soccer, football, and basketball, but none of them required the kind of dedication, hard work, coordination and strength of gymnastics. Gymnastics isn’t a sport of prissy girls; gymnastics is a sport of amazing strength, talent and skill that crosses beyond gender. His abilities out shined most of the athletes on the field simply because he had learned coordination at an early age and gained core strength unlike other kids.

Not because of the long hours, or potential injuries, but because what if he likes it? What if that becomes his sport and he’s suddenly a gymnast? Okay, no one actually says that, but the implication is pretty heavy. Most of these moms have sons who are toddlers – 3, 4, 5 years old. I want to ask them what sport they did as a three-year-old that they actually continued into adolescence. Then again, we are now inundated with early specialization for our kids. If you want to be great at a sport, we’re led to believe you have to start it as a preschooler and stick with it through high school. While this can be true, it also does not mean that the sport your son is in now will be the sport that sticks with him throughout his life. In fact, please, for the love, do not let my sons continue soccer, baseball, track, and gymnastics all the way through high school; I will have to hire chauffeurs.
Do you want your son to play baseball? I hear gymnastics is great at teaching spatial awareness. Do you want him to play football? Nothing teaches coordination better than gymnastics. Do you want him to be a track star? Gymnastics hones those quick twitch muscles like nothing else. Do you want him to be a swimmer? Okay, you’ve got me there, put him in swimming. But also put him in gymnastics, because gymnasts make the best athletes. Here’s an article written in the UK that proves my point pretty well: “Who is FITTEST? Five elite athletes put their separate disciplines aside to find out.”
And if that’s not enough, here’s an article with world-class UFC fighter Georges St-Pierre flat-out telling you that gymnasts make the best athletes, which is why he does gymnastics for cross training and he wishes he’d started gymnastics sooner. “UFC 137: Georges St. Pierre Is Still Jumping and Flipping and Tumbling”
Lastly, I pose the question: what’s wrong with your son being a gymnast? Gymnastics takes hard work, serious discipline, problem solving, learning to overcome fear, the list goes on and on. It’s an Olympic sport. It can earn your son a college scholarship. It’s well respected by athletes from other sports. Also, have you seen those muscles?
So to all those parents who are reluctant, I say put your son in gymnastics. He will quickly become coordinated, strong, and physically capable of more than you thought possible. (Just this week I watched my six-year-old do fifty sit-ups and twenty push-ups in our living room with better form than most grown men.) Otherwise, he might just be the little boy who is seriously outdone in a pull-up contest on the playground by that tiny girl in his class. 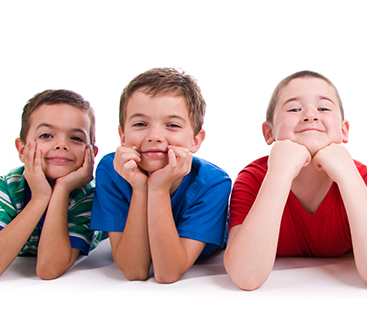 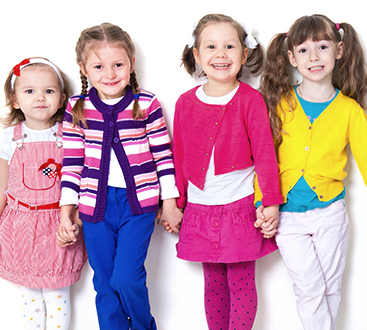